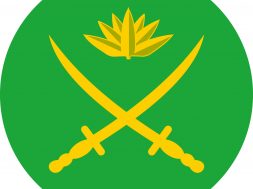 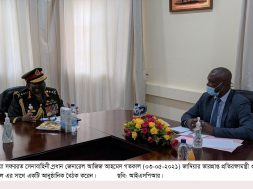 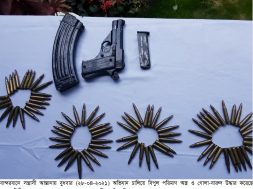 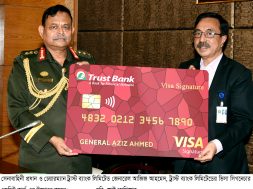 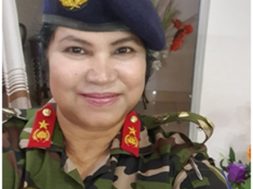 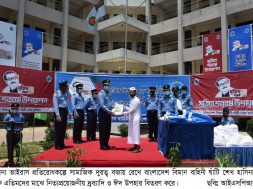 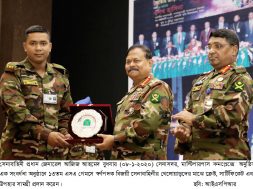 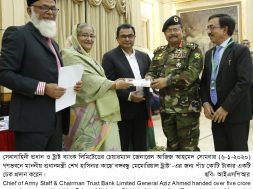 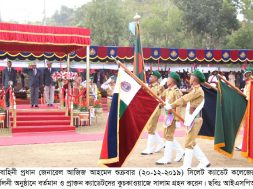 Firstly, the documentary that has been broadcasted has revealed many false information about the purchase of spyware by the Bangladesh Army from Israel and direct and indirect involvement of the brothers of present chief of army staff in various procurement processes of the Bangladesh Army.

It may be mentioned that Bangladesh Army has been successfully participating in UN peacekeeping missions since 1988. Since then Bangladesh has achieved the recognition of ‘Highest Troops Contributing Country’ number of times and now (since 31 August 2020) among 120 countries around the globe. Till date, 124 peacekeepers from Bangladesh Army made supreme sacrifice and 222 peacekeepers have sustained injury for the cause of global peace in different UN Missions. Reputation, expertise, capability and excellence earned through long experience in peacekeeping operations, drives Bangladesh Army to remain ever ready to deploy contingents of different types as per the requirements of the UN in a minimum possible time. Currently, under the United Nations Peacekeeping Capability Readiness System (UNPCRS), 16 contingents of the Bangladesh Army are phased out to replace the old units and in some cases are ready for new deployments, which is otherwise the highest among troops contributing countries.

Following this, Bangladesh started the process of procuring a Passive Signal Interceptor from Hungary in December 2017 following the standard Government procurement process, which was completed in June 2018. Although the equipment was procured in accordance with UN requirements, the UN later deployed a Tanzanian signal intelligence unit in Democratic Republic of Congo. As a result, the signal equipment so procured is lying with Bangladesh Army, not in use till date and ready for deployment within a shortest possible time upon requirement of UN. Note that the information provided by Al-Jazeera that the signal device was made by Israel is not true at all and the name of Israel is not engraved anywhere in the device. It is to be noted that there is no scope of corruption since the procurement of all military equipment in Bangladesh Army is done under a specific and set policy and following a number of steps.

The procurement process for this signal equipment began long before the current Chief of Army Staff, General Aziz Ahmed, took over his office. The process started in 2017 during the tenure of previous Chief of Army Staff, following the procurement process of the Army Headquarters and with the approval of the Government the Directorate General Defence Purchase (DGDP) entered into the contract in 26 June 2018. Hence the attempt of Al-Jazeera to link the Chief of Army Staff or his brother residing in Hungary in the process of procuring the said equipment was motivated by a completely nefarious motive. In addition, the documentary appears to have been made basing the long time stay of the brother of General Aziz in Hungary. It is pertinent to mention here that none of the brothers or relatives of the Chief of Army Staff has ever been involved in any kind of supply or purchase process of arms, ammunition or equipment in Bangladesh Army. It is conceivable that this documentary is just an attempt to create chaos and anarchy in the country by attacking the head of a reputed and well-organized organization like the Bangladesh Army and a sensitive institution like the military by smearing his family members.

On March 29, 2019, the wedding reception of the son of the Chief of Army Staff was held where distinguished and eminent personalities attended. Worth mentioning that, before that, both the brothers of the Chief of Army Staff (Anis and Hasan) were acquitted of the conspired, planned and fabricated cases through proper judicial process. As a result, none of his brothers were convicted or absconding on the day of the wedding reception where they attended. They appeared at the ceremony as fully acquitted and no case was pending against them at that time. After the official visit to Singapore in April 2019, the Army Chief left for Malaysia on a private visit and stayed at his elder brother’s house. It is, therefore, clear that the incident of ‘meeting of the Chief of Army Staff with his expatriate brother in Malaysia’ shown in the report is purposefully presented as ‘meeting with the fugitive accused’ which is just a shameless propaganda.

It is worth mentioning that the real name of the person named Sami in the Al-Jazeera report is ‘Samiul Ahmed Khan’, and his father is late Lt Col Abdul Basit Khan (Retd). Sami has previously been arrested by law enforcing agency and Military Police for theft, using uniform and forging credentials of army officers. He was declared unwanted (persona non grata) in all the cantonments of Bangladesh in 2006 for those criminalities. ‘Samiul Ahmed Khan’ currently bears the name ‘Zulkarnain Saer Khan’ (current passport number is EG0092902, previous passport numbers were BJ0520260, AC5075647, and B1765649) and is living in Hungary under a false identity using his father’s name as ‘Colonel Wasit Khan’.  It may be mentioned that a case (No. 2/5/2020) was filed with the Ramna Model Thana on 05 May 2020 on the allegations of anti-state propaganda against this swindler, greedy and fraudulent Sami, which is currently under investigation.

Basically, the report shows that a documentary has been intentionally articulated with hypothetical, unacceptable and unproven information by adding some fragmentary pictures or scenes from different times. Almost the entire subject matter of the report is based on unsubstantiated hearsay and the informant has not been questioned or cross-examined by the affected parties. It goes without saying that the report has lost its acceptability, relevance and credibility due to the unilateral collection of evidence from a fraudulent and fugitive man like Sami and the production of such a baseless documentaries using unreliable and misleading information as evidence is deplorable. It is to be noted here that in the said report, an attempt has been made to directly mention and present the Chief of Army Staff of Bangladesh and portray his family as a mafia family. Such slanders and lies about the Chief of Army Staff appointed according to law by the Government of an independent and democratic country are utterly objectionable and unsolicited and which is not expected from a news agency like Al-Jazeera.

The Army Headquarters out rightly rejects all malicious attempt and claims of Al-Jazeera to debase a professionally highly skilled, universally accepted Chief of Army Staff without any valid evidence. 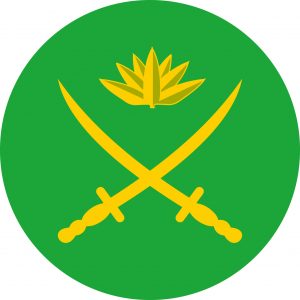